The HP-31E was most basic scientific member of the 30 series. It was a replacement for the HP-21 at the remarkably low price of $60. (About one half the price of its predecessor and less than one sixth its grandfather!)

While low in price, the HP-31E still managed to provide some new features over its low-end predecessors including: 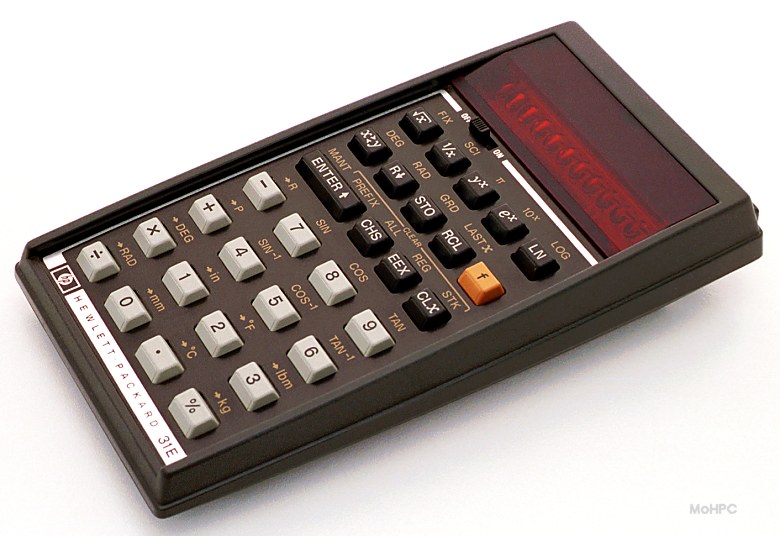 'The HP-31E is another professional-quality personal product from the Hewlett-Packard line of calculators—calculators whose durability, size and ease of operation have made them the choice for use by climbers on Mt. Everest and astronauts in outer space. Doctors, engineers, scientists, and other people who require instant answers to complex highly technical problems use Hewlett-Packard calculators. You're in good company with HP!'