The HP-33E and HP-33C were the basic scientific programmable members of the 30 series. The "E" model had conventional memory which lost its contents when power was turned off. The "C" model provided continuous memory. (After this series, continuous memory was considered basic functionality. The curator has, on several occasions had to explain to more recent calculator users that loss of data on power off was normal for older calculators.) 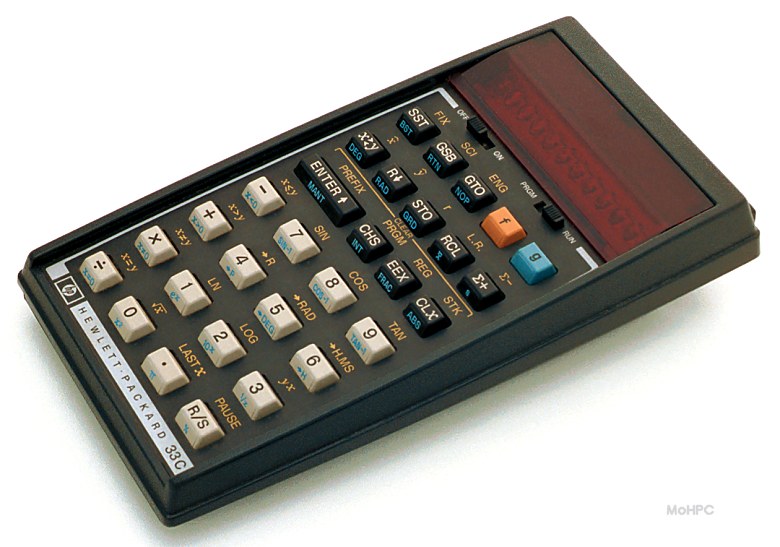 These calculators had two shift keys like the HP-32E so in order to make room for the programming keys, some preprogrammed features had to be omitted including hyperbolics, percent change, most unit conversions, Q, and Q-1. Also, because memory space was needed for programming, storage registers were limited to 8. In place of these features and storage registers they provided 49 step programming similar in style to the HP-25 (plus subroutines) at about half the price. Of course, compared to the HP-25, the HP-33E/C also included linear regression and estimate, and degrees/radians conversion.

Picture of a giant HP-33E (~60K)
This calculator is not part of the museum's collection. This picture was taken in a Melbourne office supply shop and was supplied by Michael Bower. (There is a standard 33E circuit card in the giant case.)