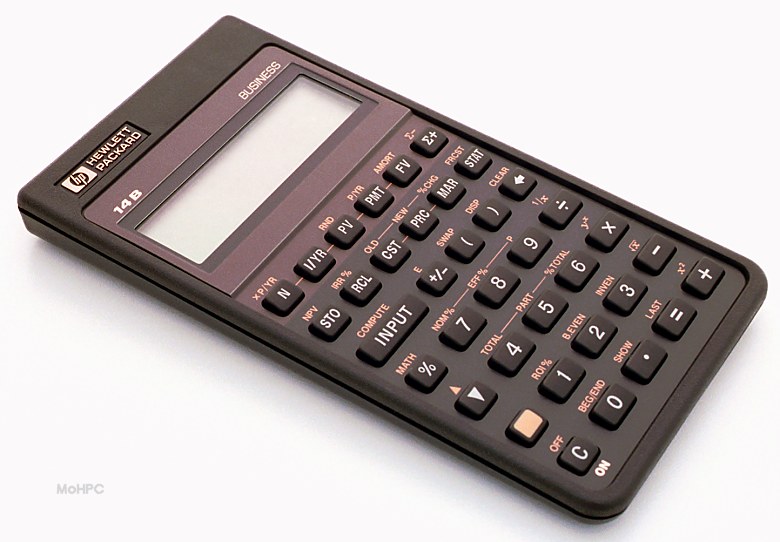 While this was an algebraic calculator, the INPUT key had some of the functionality of an ENTER key. It was used to enter data in response to prompts and was also used to enter pairs of numbers for two variable statistical functions. In the latter case, the user entered the x value, pressed INPUT, entered the y value and pressed the appropriate stat function key.

The SWAP function would also be familiar to RPN users. It reversed the positions of the current and previous numbers. For example, to subtract the number in the display from the number 10, the user would press - 10 SWAP =.

Applications and the COMPUTE Key

The calculator contained several business applications. Some applications such as Time Value of Money were assigned a set of keys of their own but other applications had a single dedicated key which brought up a scrollable display of variables.

The user could move to a variable using the up and down arrow keys, enter a number and press INPUT. After inputting all the data, the user could solve for the unknown variable by moving to it and pressing COMPUTE.

The calculator's applications were:

The calculator also included statistics functions such as:

Price: $50 for shareholders and employees only. (Much less than the regular HP-14B)