The HP-91 was HP's first battery powered printing calculator. The printer was a moving head thermal design that printed from about 1 to 1.5 lines per second. This relatively low speed was designed to conserve battery power. Thermal printing was chosen because it was small, light an quiet. (Compare this printer to the HP-46!) 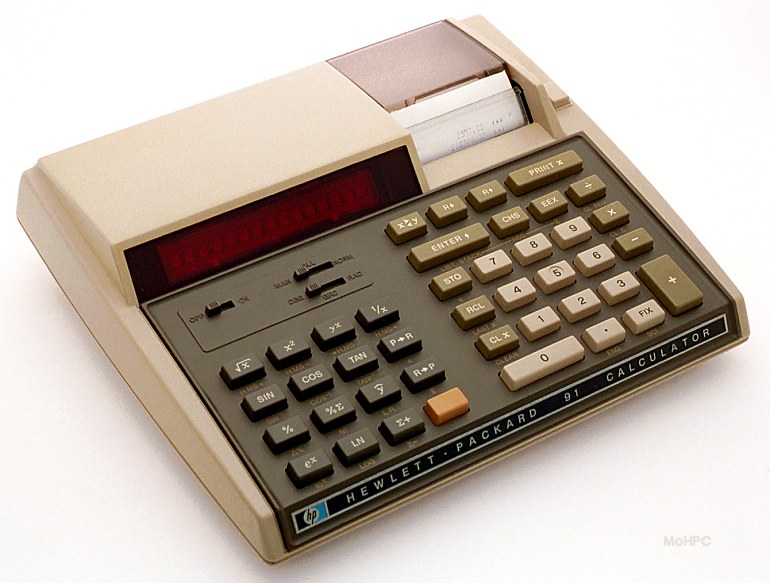 The printer was controlled by a three-position sliding switch. The positions were:

In addition, there were a number of keys dedicated to printing:

The HP-91's, mathematical capabilities were very much like those of the HP-45 with the addition of:

The HP-91 was based largely on 20 Series technology. In addition, it added LED drivers for the larger display, and a new Printer Interface Control & Keyboard buffer circuit (PICK). Unlike the handhelds, the desktop machines used a light feeling keyboard well suited for rapid data entry on the desktop.