The HP-81 was a top-of-the-line desktop printing calculator which was built like a tank using the same structural foam case as the HP-9805. It used a contactless keyboard with keys that looked and felt like those of a selectric typewriter. The printer used adding machine paper and printed using a red/black ribbon. 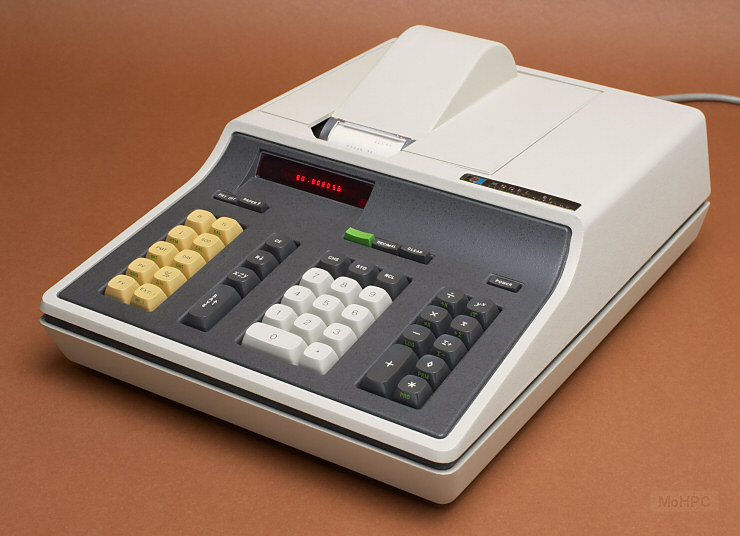 In addition to the built-in printer, an LED display was optional. If you didn't purchase the numeric LED display, you still got a single LED dot that told you that the machine was busy. Unlike the HP-46, the HP-81 had the option of a buffered keyboard. (Probably only offered on the 81, because it could take some time to solve pre-programmed business problems.)