An algebraic scientific/statistics calculator. This model didn't have a four-level history stack but still made the previous result available via the LAST key and a SWAP key allowed the numbers surrounding an operator to be reversed. (eg 5/25 SWAP yielded 25/5.) The calculator had a single line dot matrix display that could display either a menu or a number. Other features included: 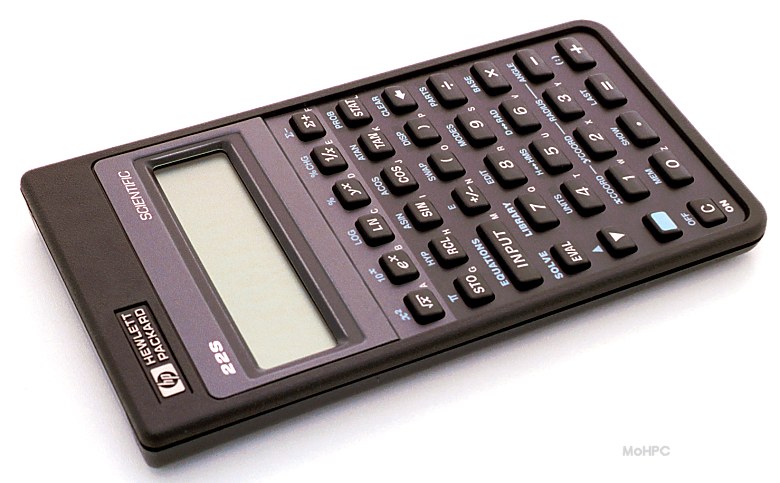 Variables Instead of Numbered Registers

When RCL or STO was pressed, an A..Z annunciator appeared. The letters A-Z were printed to the sides of the keys. All the current variables could be scanned with the VAR command.